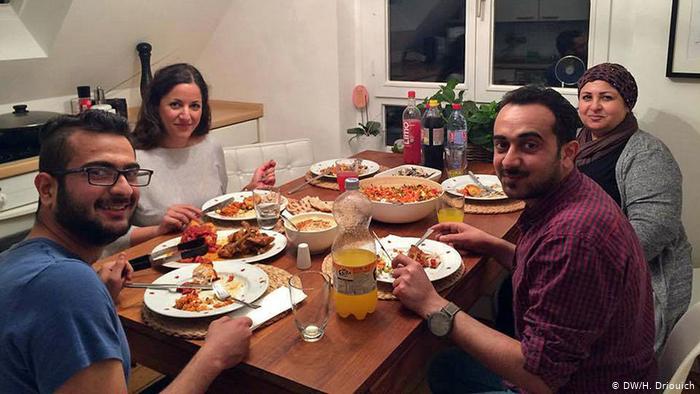 This is a pilot project for a much bigger one on the everyday micro-cultures of Syria, and the importance of studying and archiving them for any post-war reconciliation and society rebuilding efforts.

In this project, we intend to collect data (audio-visual) on food and hospitality rituals that are unique to multiple regional and ethnic groups in Syria that are usually under-represented, misrepresented, or altogether excluded in mainstream media and culture in Syria. The findings will be archived creatively and shared online, and they will inform the writing of a unique Syrian recipe book with a cultural twist. Each entry in the book will include recipes, a historical and cultural background about the dish and the specific social group associated with it, and a narration of any rituals associated with the dish or to this particular group and food.

The mapping out of the research field has already started by the research assistant in Syria so that when the project starts officially in April she will have a clear idea about which cultural groups to focus on and which participants she’d like to interview and film.

Simultaneously, the lead researcher in Exeter will be creating a literature review of scholarly work and studies around food and culture, and then when both this and the data collection in Syria end, he will start writing the cultural recipe book and aim to finish it in September.

There is a severe lack of inclusivity and representation in mainstream Syrian culture due to decades of governmental policies that prohibited any talk of ethnic, religious, or regional differences in the name of unity. This, however, created a society whose different elements are dangerously ignorant of each other, often secretive, and highly mistrustful, and ready to accept myth and dehumanizing stereotypes about the different ‘other.’ We believe that this was a significant factor that contributed to the quick and tragic escalation of the war in Syria as it has made large sections of society easily fear-mongered, manipulated, and recruited in this war directly or indirectly. The media coverage of the war (local, regional and international) has only furthered this ignorance and breathed more life into it, either due to political affiliation or pure incompetent journalism, and the opposing political and military factions capitalized on this and deepened the division. These divisions are religious, sectarian, ethnic, regional, classist, and even divisions of urban vs rural.

We believe that the only hope of reconciliation and sustainable peace in a post-war Syria is through building cultural competence about the different components of the Syrian nation. By knowing more about each other’s cultures we find points of similarity, find richness and beauty in differences, and we normalize conversations about each other’s rituals and where they cross-over or are unique. The best way to start these conversations is with the daily aspects of these cultures, like food and hospitality.

The research assistant will carry out recorded interviews in Syria where families from very diverse backgrounds. The interviewees will cook and share recipes, they will eat together and introduce any culturally-specific eating and hosting rituals, and will chat about their community and their food traditions. The findings will then be archived creatively and shared online, as well as in a book