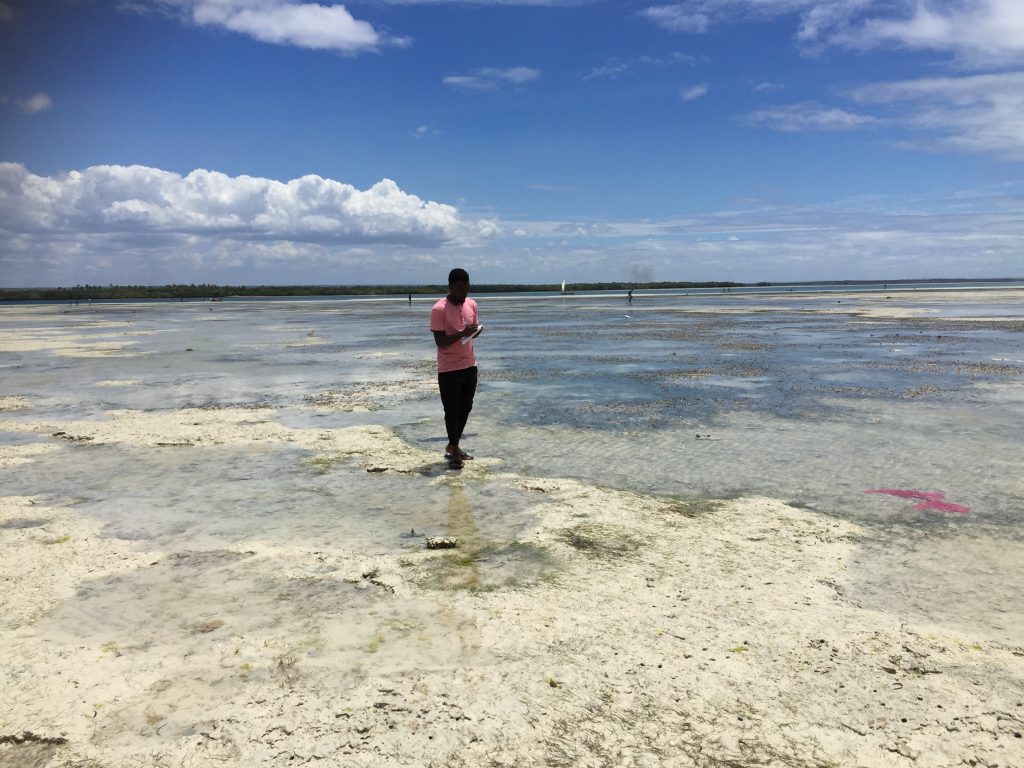 It searches for sites that were directly involved in 16th -18th-century slavery and the aftermaths of this trade are hardly discussed in the written sources and historiography of East Africa. Futures through underwater pasts and the search for Mongalo is a project which intends to document the unexplored legacies of the European trade networks in the southern coast of Tanzania particularly the interaction between the French, Portuguese, and British on the coast of Mongalo (Mgao). The French interest in Mongalo began in 1784 when the French government wanted to extend the sphere of its commercial trading in the Indian Ocean and especially from Muscat to East Africa. Governor Souillac was asked to look for a shipowner willing to go to Mongalo (Mgao) with his ships to explore and establish a French presence. This was when Nicolas Comarmond offered and was chosen. This project intends to complement the historical documents with offshore and onshore maritime evidence from the site of Mongalo (Mgao) and the transgenerational memories of the slave trade on the southern coast of Tanzania.

The site of Mongalo (Mgao) contributes to the debate about what happened as the aftermath of slavery to slaves and their descendants in the southern coast of East Africa, their marginality, mobility, social and political legacies in the present. The project combines archaeological and historical methods to understand the site history as a window to address the economic development of the people of Mongalo (Mgao). This is a pioneering project for the site of Mongalo (Mgao) which has never received archaeological attention even though a multibillion cement company was established in 2015 in the proximity of the site and the construction of a port that will utilize the same maritime route for export and imports of goods is underway.

This project key aim is to search for Mongalo to increase the mobility of ideas (and people) around the knowledge of the French slave trade sites in East Africa and to facilitate a network of partnership along the East African Coast in this case Mtwara and the Islands in the Indian Ocean such as Mauritius.  The connection between Mauritius and Mongalo was already realized in 1784 when Nicolas Comarmond was chosen to explore Muscat and the East African Indian Ocean.

Key aims are establishing the extent of the site and documenting the materiality and intangible aspects of the site, reconnoitering people’s memories of the site and its French slave trade connection to answer the question about the legacies of the French Slave Trade in Tanzania. Historians of the East Africa slave trade such as Alpers (1967), mention Mongalo as an important trading centre. Slaves who were sold in Mombasa and as far as Mauritius traced their home from Mongalo. However, the exact location of this important centre is yet to be revealed. Archaeologists of the southern coast of Tanzania such as Pollard and Ichumbaki (2017) emphasize Mingoyo which is in the Lindi region to be the French station mainly because of the remains of fortification and an abandoned jetty. Using geographical, linguistics, and archaeological evidence, this project intends to establish the exact location of Mongalo by exploring the village of Mgao which marks a maritime border between Lindi and Mtwara.

The Futures through Underwater Pasts have been carrying out fieldwork and surveys in Mgao where they have conducted a tide survey as well as an excavation where they found 16th-17th century beads as well as observing the ruins at Mgao, associated with the French Slave Trade in Tanzania.