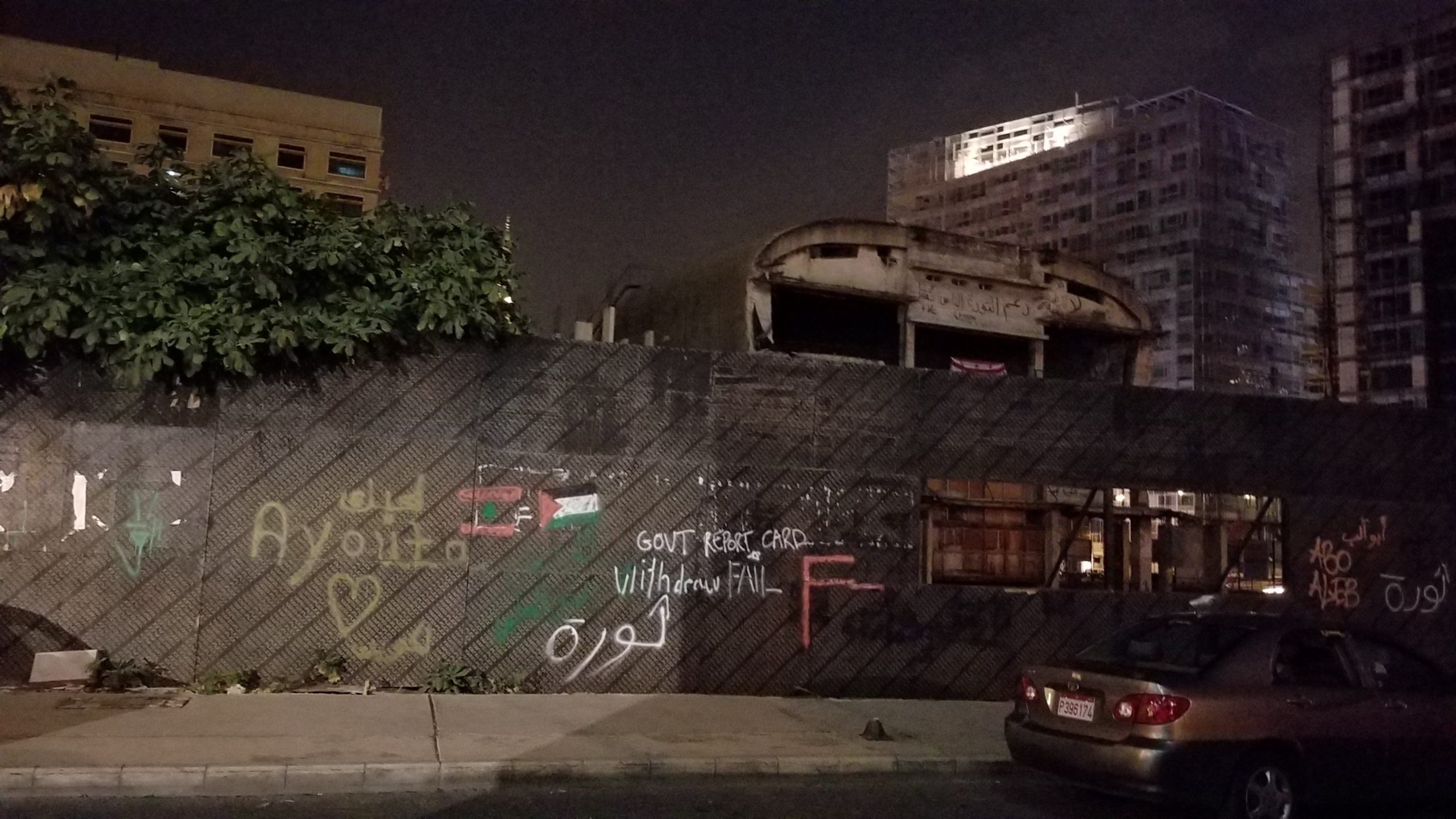 Before sharing space, people share time. For Bergson, time is an inner duration; “a subjective, conscious experience of time” (Latta 2014). Bergson further asserts that “Inner duration is the continuous life of a memory which prolongs the past into the present” (Bergson 1913). In the context of the Palestinian camp in Lebanon, memory (as an active agent of time) takes its strongest form through spatial means. Not only does memory reconstruct space inside the camp, but, more importantly, it also defies space, challenges its use, and re-inscribes it to serve the dynamic present and imagined future, i.e. time—duration. The recent uprisings in Lebanon demonstrated spatial behaviors reminiscent of those in the camp. Those behaviors operate on a collective scale and utilize memory while challenging the imagined futures of the city using spatial means. After all, Michel Foucault reminds us that Memory is a form of self-examination and resistance through memory.

The overarching aim of the project is to collect narratives and document audiovisual data, in both the City and the Camp, and recreate that data into a form of, potential historiography of “personal archiving practices” of shared time between the city and the camp. The methodological framework that will be used can best be described as ‘qualitative and descriptive’, utilizing both conversations and documentation. On the ground, this will translate into field observations, documentation of spatial scenarios and people narratives into what they consider as “shared time” between the city and the camp, and the role of memory in both; creating “share time” and inscribing it to the city and the camp utilizing spatial means. In addition, early representations of spatial practices of shared time will be collected in the form of visual documentation, to serve as case studies for future analysis and potential project collaborations with the local communities/partners in Lebanon. This means future forms of collaboration could include; films, sound bites and soundscapes, performative narratives, small spatial interventions, etc.

Questions that will be explored during the early stage include; how do people express “time” and its subjective duration inside the camp and inside the city? How does memory, inscribed in time and informing of imagined futures, take shape in people’s spaces and behaviors? What are the forms of “shared time” inside stressed (politically charged) geographies, such as that of the Palestinian camp and the city of Beirut?