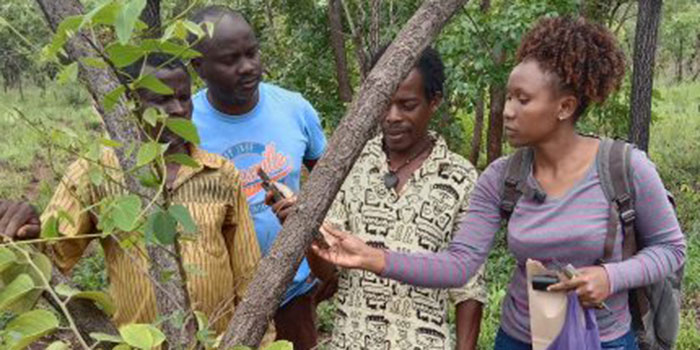 Traditional African medicine (TAM) was an advanced sector in the continent during the pre-colonial era. During colonial era Europeans assaulted its development as a step towards installation of total spectrum imperialism. Consequently, TAM was not archived as heritage for the present and future generations to benefit from. The post-colonial environment of colonial-oriented policies and legislations as well as economic constraints was another obstacle towards archiving TAM knowledge and practices. Contemporary land use and western-oriented geopolitical dragnet and changes generally marketed in the name of modernity continue to threaten TAM. This project is an effort to document and sustain TAM as an important African heritage. The project focuses on traditional herbal medicinal knowledge and practices in Songea district, Ruvuma region, southern Tanzania.

First, the project documents various diseases commonly known among the local people that are cured traditionally using plant-based medicines. This is achieved through oral interviews with members of the local communities and herbalists. Second, the project identifies and documents all medicinal plant species the local herbalists and communities use to cure various diseases. This is done through ethnobotanical survey guided by local herbalists. Third, the project determines the spatial variability of endangered medicinal plants and human land uses that threatens the plants through GIS spatial analyses. Finally, the project documents the established procedures for preparing and administering various identified traditional herbal medicines. This aspect is captured through demonstration by local herbalists.

In December 2020 we attended and participated in the workshop/meeting organised and coordinated by Drs. Valence Silayo and Nancy Rushohora of the Imagining Features Tanzania Lab that aimed to bring together the Imagining Futures awardees to share knowledge and experience. During this meeting we presented the progress of our project. We learned how other awardees solved various challenges arose in the course of implementing their projects. To be confirmed

Phase 3: Taxonomic identification of the collected plants samples in the herbarium (23rd to 28th January 2022).