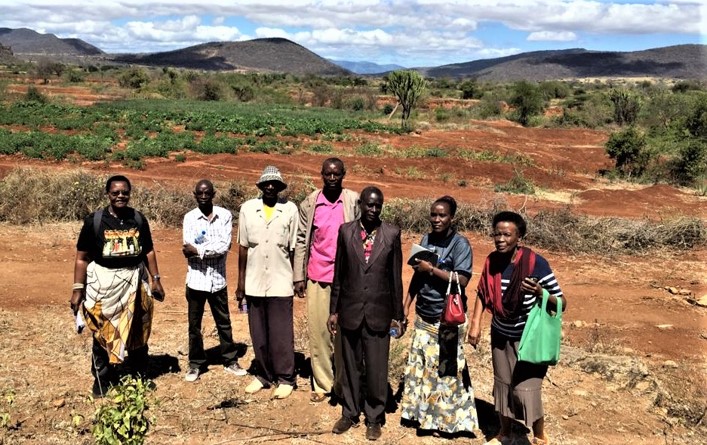 Myth is one of the branches of oral literature that has been researched by several literary scholars. It is a very significant and supreme genre, which portrays the richness of the oral literature knowledge / indigenous knowledge. Myth fulfils in primitive culture an indispensable function: it expresses, enhances, and codifies belief; it safeguards and enforces morality; it guarantees for the efficiency of ritual and contains practical rules for the guidance of man. Myth is thus a vital ingredient in human existence and civilization. One of the roles of myth is to safeguard environment; natural resources, which is reflected in traditional and social practices that enforces rules and regulations of conserving natural environment. These include traditional beliefs, rituals and taboos. Myths consist of narratives that play a vital role of preserving environment in a traditional way. However, despite the fact that various scholars have dealt with myth, information of myth and environment conservation is limited. The project therefore, attempts to examine roles of Tanzanian Myths in safeguarding natural resources and archive this vital information.

The general objective of the project is to study and document the roles of Tanzanian Myths in safeguarding environment. To achieve the main objective, this project is specifically intending:

i. To identify myths that are environmentally friendly.

ii. To examine the influence of traditional beliefs and taboos in enforcing rules and regulations for environmental preservation

iii. To examine contribution of Tanzanian myths in conservation of natural resources.

The researchers visited Chimagai Dam, interviewed respondents about Sanga ya nzelu myth (Snake myth) and conducted focused group discussion. The researchers surveyed the area and observed the place where the former dam used to exist.

In Chimagai Dam, there was a huge snake that was believed to live in Chimagai Dam and it disappeared after the destruction of the Dam. The existence of the snake is related to the existence of water and the vegetation was green. The community respected the Sanga ya Nzelu snake dam because its presence made them fish, farm and perform religious and cultural rituals. They believed that the snake was a symbol of fertility, rebirth, healing and protection.

The disappearance of the snake led to drying up of the dam and environmental destruction. They believe that climate change is a result of not following the traditional rules that led to running away of the snake.

The researchers visited and surveyed a number of sites. Through the interviews, observation, and focused group discussion we revealed a number of environmental friendly myths including: Nyisawati, Nyakaseka and Nyanzabu Rivers, Bhitare water well and Mibango forest myths. These myths are connected to supernatural powers and community members respect them. For those who do not conform to taboos, traditional rules and regulations set by community elders are severely punished. These places are treated as sacred places where religious rituals and cultural practices are performed. Members are not supposed to anger the ancestors and spirits that live in forests, rivers, mountains or water wells. When the spirits are angered could appear in different forms; snake, aunt, bird, bee, wind or draught.

The respect and fear not to anger the ancestors and spirits, contribute to safeguarding natural resources in the community.

Butiama is observed to have frequent rainfall and green vegetation because of believing and respecting taboos and community traditional rules and regulations. This can be observed through the pictures.

Interviews, focused group discussion and observations were the methods used to collect information.

The researchers revealed that the Mzuka myth is also connected to religious rituals and worship. The traditional believers believe that once the sacrifice is offered to the mizimu, people will not die of hunger or diseases, there will be plenty of rainfall and fertile land. They set their altars under the trees like mvumo, mkulo, mwandama, and mshai trees that no one is allowed to cut them because they are valuable to the community. Such trees, caves and rivers have been used for ritual purposes. People are not allowed to cut these sacred trees and dirty water sources and the vegetation around them. Those went against community norms were punished by gods/ancestors. From their beliefs in ancestors and spirit, natural resources are well-maintained.

Kandee kamphaa myth has been transmitted orally from one generation to another more than three hundred years ago. The kandee kamphaa is believed to be a young girl; first born, who ran away from her parents and lived in the forest. She is usually seen at night and once someone recognizes her, she disappears. The girl used to live in one of the big tree that has a whole in it. The tree has been there ever since but it is now wearing out because of the parasitic plants, especially the mvumo plant.

The respondents revealed that the forest remained untouched because people feared the mysterious girl. Hence the forest remained thick and green. The community believes that this forest is a source of rain that contributes to fertile land. The two myths are environmentally friendly as they contribute to the conservation of natural resources; forests and water sources.

This myth exists in all studied regions. It is connected to the ancestors’ anger. Sacrifice has to be given to the ancestors for rain to fall. It involves blood shading: goat, sheep or cow. The respected elders perform the rituals. The rainfall is followed by thanksgiving to the elders who performed the rainfall rituals.

Traditional beliefs and taboos that enforce rules and regulations for natural resources conservation.

Myths in all researched regions, are constructed to safeguarding the environment. Its structure is connected to natural environment; trees, ponds, lakes, mountains, stones and animals. They are all connected to spiritual beings and traditions of a certain community. It is this connection that makes the society to be concerned on safeguarding the natural resources. Therefore, there is significant contribution of myths to conservation of natural resources

Images from the field work show 1) the tree kandee kamphaa is believed to reside in; 2) a focus group discussion on the destruction of Sanga ya nzelu pond; 3) soil erosion after the destruction of Sanga ya nzelu dam believed to be caused by the disappearance of the mythical snake; 4) participants explaining about restrictions to the use an axe, machete and knife in Nyisawati forest. © Field date 2021 (Felistas Richard Mahonge)